I must say I had some great experiences at the advertising agency and learned a lot about radio and television production. Some of those lessons however, made me question my interest in doing this type of work as a career.

I was a pretty innocent young executive when I got a call one day from Bruce Dodge the head of the agency’s New York office telling me that Arthur Godfrey was coming to Los Angeles, and his live “Talent Scouts” TV program would be originating from the CBS Television City Studios on Fairfax Avenue. At that time, “Arthur Godfrey’s Talent Scouts” was the hottest show on TV and Arthur Godfrey was the most popular man in America. The format involved the introduction of new, so far undiscovered, entertainers, each of whom would be introduced to Arthur by a friend who was designated as his talent scout. The new ‘discovery’ would perform and the audience, prompted by Arthur, would determine by its applause, which of that evening’s contestants was the winner. It was a half hour program with two live commercials delivered by Arthur. Toni shared the sponsorship with Lipton’s Tea. Each advertiser got one 60 second spot on this, the number one show in America, and paid dearly for the opportunity.

This guy could sell ice to the eskimos.

With similar TV shows sponsored by Toni I would meet with the stars before the program went on the air. I would show them the product and provide them with a copy of the commercial which had already been transferred to cue cards. “That’s not the way Arthur works” said Bruce Dodge in one of our two phone calls. “Send a fact sheet on the product over to the producer and leave it in his hands” said Bruce. I was to find out later that Arthur Godfrey never bothered to read fact sheets.

Remember, this was live television. Half of America was watching this show every Monday night at 8:30. Arthur was such an effective salesman (or so they said), that at the show’s end everyone in America was expected to turn off their TVs, get in their cars, drive down to the market or drug store and buy a box of Lipton’s Tea or Toni home permanent.

There was no question that Arthur really was a good pitchman, especially if he was in the right mood. Sometimes all he did was pick up the box, read the copy on the label, take out the product, point it at the camera and say something like, “It’s great… no home in America should be without it.”

Once was enough for Arthur Godfrey.

However, when Arthur was not in a good mood watch out. Sometimes he would talk about the product for as much as two long minutes; other times for 30 seconds, or even less. One evening Toni decided to introduce a new product called Tame Creme Rinse. It was a white syrupy liquid that kept a woman’s hair from frizzing up after a shampoo. Thankfully the incident I’m referring to took place in the New York studios of CBS rather than on my watch in LA.

As usual my counterpart in New York had tried to get to Arthur with a fact sheet or at least get some product in his hands before the show. No such luck. It seems that Arthur was in a miserable mood that evening, and he had everyone in the New York control booth trembling.

When it came time for the Tame commercial he picked up the product, tried to read the label which was in very fine print and proceeded to open the bottle. He smelled it, poured some out in his hands, looked into the camera and said something like… “This sure looks like you-know-what and it sure feels like you-know-what”, wiping it off with his hanky, ”but if Toni says it works, it must work.” That was all, and the camera cut away to a bottle of Tame over on a product display table. That was Godfrey’s last Tame commercial.

For the most part my experience with Arthur was OK. He never knew my name, I’m sure, and most of my contact was with the show’s director or stage manager. There was one incident however, that took place during my first innocent summer in the business. I got a call from Bruce Dodge informing me that we had a problem. It seems that Bruce’s usual “fixer-type” guy in Los Angeles was out of the country, and Bruce needed my help in a very “sensitive” matter.

“You know,” said Bruce, “Arthur always stays at the Beverly Hills Hotel in the same bungalow every summer. This summer he will be out there for three weeks, during which time he expects to entertain two new young women visitors every evening during his stay in LA. It’s the agency’s job to see to it that Arthur can continue to enjoy this accommodation.” 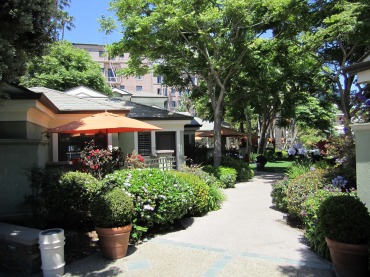 I didn’t know what to say to Bruce. In fact, I didn’t understand what he was talking about. “Three weeks? Twenty-one nights? Forty-two different women?” I didn’t want to sound stupid, but I didn’t have any idea where I could find one woman to spend a night with Arthur Godfrey, let alone forty-two.

“Look, if there’s a problem,” said Bruce, “I have a friend who you can call if you need help.”

That was it. I had been in the city for less than six months. I had met a lot of girls, but certainly not the type, or so I thought, that would be interested in such a proposition. I broached the subject to Wally Hiller who just shook his head. Maxine Anderson was more help however. She said she thought she knew the fellow that Bruce had in mind.

“Call him,” she suggested. “He might know someone who knows someone.”

The man’s name was Phil Lane, and I was to learn later that Phil was a go-to guy who seemed to know everyone. If Phil couldn’t work your miracle, he would know someone else who could.

“I know somebody who might be able to help you,” said Phil when I called. “It will be expensive, and it will take some time to put together. When is Arthur due in town?”

Small world department; it seemed that Phil Lane was from North Minneapolis and was a tennis buddy of my dad’s brother, Joe, and coincidentally a high school classmate of Don Nathanson, my boss and benefactor in Chicago. Burt Harris also knew Phil and assured me that I was in good hands. I never heard another thing about the matter. I guess Godfrey was happy, and though I’ll bet it cost somebody a lot of money, I’m sure it didn’t come out of Arthur Godfrey’s pocket. Welcome to “Show Biz” Geoffrey Nathanson.

Phil Lane was a wheeler dealer, but he didn’t personally specialize in finding women for celebrities. Phil’s specialty was “payola”, product mentions and/or placement in movies or on TV which in those days was considered a “spiff”, requiring an under-the-table payoff to a writer, director or prop man. Nowadays it’s all done open and above board with a pre-determined rate or commission structure. The term “payola” has become a market-based legitimate cost of doing business.

Shortly after my initial conversation with Phil, I spotted him backstage on the set of the Godfrey show. He was talking to one of the so-called “talent scouts”, who was to be interviewed by Arthur later during the program. According to the script outline, the fellow worked as an exterminator for a company in The Valley.

When the show opened Arthur, as usual, set his guest talent scout at ease by asking him what he did for a living. The exterminator replied that he was with Chevrolet Motors working on the introduction of the exciting new 1958 Impala II. People in the control booth with me looked around at each other with knowing nods, but Arthur knew what was happening. He wasted no time in switching the subject to the talent, an attractive young jazz singer. I glanced back stage, but Phil Lane was no longer there. The plug for which he had been paid by Chevrolet went on the air and was heard by millions of CBS viewers.

Saved for a future blog

Many years later I had an auto rental business called Rent-A-Wreck which rented used as opposed to new cars. Phil, for a few hundred dollars per plug, was able to place 60 ten second TV spots during the college football bowl games that year at a cost to me of $300 each. Conventional advertisers were paying $5,000 per spot for the same exposure. The announcer’s voice over our Rent-A-Wreck logo read “and transportation to this game was provided courtesy of Rent-A-Wreck. Be smart, rent a used car and save.” Hertz and Avis paid retail, Phil had connections. 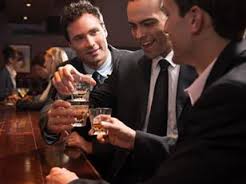 My job title was “Agency Producer”, which even today sounds very important. Actually there really were some important people from the big ad agencies sitting in those radio or TV control booths with me. Most of those guys however really were “pros” with big name Ad agencies like BBD&O or J. Walter Thompson or Foote, Cone & Belding.

Some were former TV or movie executives earning as much as $50,000 a year. These were people carrying the same kind of responsibility I was charged with while earning $50 a week. They lunched at the Hollywood Brown Derby and Musso and Frank with big network and studio executives while I grabbed a hot dog at Pink’s or a pizza at Micelli’s. 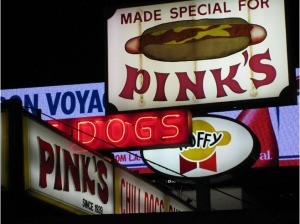 When I brought up this salary differential with the brass in Chicago, I was told “Sure those guys are doing the same work as you are, but they are pros.” The Air Force justified that baloney by calling it “Time in Grade”. The unions call it the “Seniority System”. I never bought the idea. I brought up the salary subject again when I got married and Elayne became pregnant. They doubled my salary to $100 a week and began giving me a car allowance. Big deal! … Considering the hours I was putting in, I wasn’t even earning minimum wage.